Treasurer Josh Frydenberg has announced that eligibility for JobKeeper 2.0 will now be based on single quarters, in light of the stage 4 restrictions facing Melbourne. 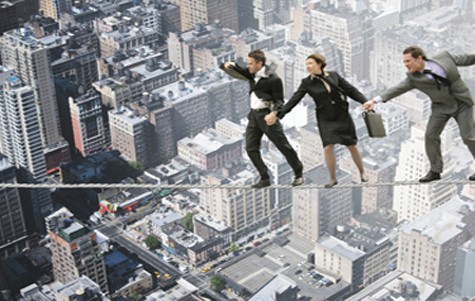 The eligibility changes, which will apply nationwide from 28 September, will now initially require businesses to show the requisite actual decline in turnover for the September quarter alone, rather than for both the June and September quarters as previously announced.

Likewise, from 4 January 2021, businesses will only need to demonstrate a decline in turnover for the December 2020 quarter, rather than each of the June, September and December quarters.

There will also be a change for the start date for employees, with those hired as of 1 July to be eligible for JobKeeper 2.0, effective from the fortnight commencing 3 August.

The drop from the current rate of $1,500 per fortnight to two tiers of payments of $1,200 for full-time workers, and $750 for those working less than 20 hours per week, will proceed as announced.

The changes, announced by Mr Frydenberg today, will cost an additional $15 billion, bringing the total cost of the JobKeeper program to $101 billion.

There will be no changes to the original and ongoing JobKeeper program which runs to 27 September, with Mr Frydenberg expecting an additional 530,000 Victorians to receive the wage subsidy as a result of the current six-week stage 4 restrictions.

“The Morrison government is pulling out all stops, doing whatever we can to support Australians through this crisis to maintain that formal connection between employers and employees to help businesses and workers get to the other side,” Mr Frydenberg said.

The changes come as the professional accounting bodies were preparing to call on the Treasury to provide flexibility on the JobKeeper 2.0 turnover requirement, noting that businesses that improved in the June quarter, but subsequently deteriorated in the September quarter, would be unable to access the subsidy.

“Some entities may have started their recovery in June and if you had to satisfy two quarters mutually exclusive to each other rather than cumulative, a lot of entities would have missed out purely because of the secondary lockdowns, and that doesn’t fit with the policy intent,” said Tony Greco, general manager of technical policy at the Institute of Public Accountants.

“JobKeeper rules have to remain flexible and deal with these types of events, and to satisfy two quarters would not achieve that outcome, so we’re very pleased that they have acknowledged that is not appropriate under the current circumstances, particularly for Victoria.”

The Treasury’s fact sheet has now been updated to reflect the change.