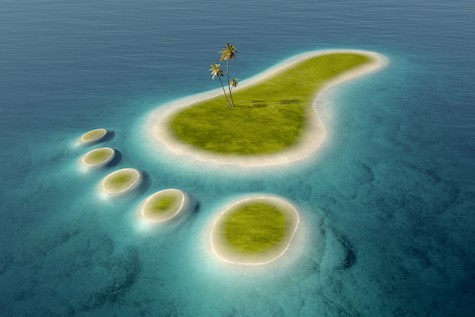 The adoption of a business e-invoicing right (BER) that takes a two-sided (send and receive) approach can drive productivity within the economy and reduce carbon emissions, said PwC.

PwC partner Brady Dever said the firm had conducted exclusive modelling that finds that the benefits of e-invoicing extend beyond economic productivity and have an environmental benefit too.

The total carbon saving from e-invoicing using the widely accepted Peppol standard is estimated to be $128,086,272 annually.

“With Australia’s commitment to net-zero, some attention should be paid to the environmental benefits of Peppol e-invoicing,” Mr Dever said.

“Initial modelling by PwC Australia’s economics team has found that there are approximately 1.2 billion invoices issued per annum, with circa 90 per cent requiring manual processing of paper invoices.”

The carbon footprint of office paper from cradle to customer was measured at around 4.64 to 4.29-gram carbon dioxide equivalent per A4 sheet, which means over 5,000 tonnes of carbon are avoided when transitioning away from paper invoices.

As the process also uses electricity, the net emissions saving for electronic invoicing has been calculated at approximately 36 per cent, Mr Dever said.

This placed the total net avoided emissions from e-invoicing at 1,804,032 kilograms.

Emissions savings compared to paper-based systems would increase client-side staff productivity gains, such as the reduction of accounts payable and associated activities.

It would also significantly affect the overall carbon efficiency for businesses, in particular, the scale of staff productivity gains and the carbon intensity of customer electricity supply.

“However, we do believe that the BER needs to be extended for its full economic potential to be realised.”

Mr Dever said it was important to make the BER a two-sided right to drive the environment and productivity benefits.

It should give businesses that choose to invest in e-invoicing functionality the right to request that they send e-invoices to and/or receive e-invoices from their trading partners.

“We agree that it is important to have a BER to give businesses the right to require their suppliers to send e-invoices,” he said.

“This will drive volume into the network, particularly as high-volume billers such as utilities companies, for example, start to send e-invoices to their business customers.

“We acknowledge that there is a fine balance to be struck between regulating a BER on the ‘receive’ side and requiring businesses to invest into e-invoicing too soon at a time when our economy is still emerging from the impact of COVID-19.

“This balance would apply for both small and large businesses. However, we believe that it can be managed.”

Mr Dever said small businesses might be concerned that they may be subjected to a BER demand to receive a Peppol e-invoice from a trading partner of any size, maybe even a large trading partner, before they are ready to invest in Peppol.

“This concern can be mitigated by extending the date by which small businesses would be required to comply with a BER request,” he said.

Larger businesses, on the other hand, might be concerned over the additional cost and effort of enabling a Peppol e-invoicing receive capability into their existing peer-to-peer environments.

Mr Dever said it was true that there would be costs for businesses of all sizes to implement Peppol e-invoicing.

“However, a carefully phased implementation of a ‘receive’ BER could complement and build off investments many large businesses have already made into electronic data interchange,” he said.

“Allowing sufficient lead time also presents opportunities for larger businesses to include Peppol in any upcoming ERP cloud transformation project, as the market shifts from on-premise to cloud ERP over the coming years, allowing cost efficiencies to be achieved by doing the project once.

More generally, as a key pillar of the government’s wider digital economy policy agenda, there also may be merit in considering other targeted incentives.

Mr Dever said this could particularly suit sole trader and microbusinesses that might not currently be using accounting software.

“Such incentives could include targeted tax concessions – such as refundable tax offsets/rebate incentives (similar to those announced in the last budget for the gaming sector) and/or allocation of grant funding from the $1.2 billion digital economy budget to target specific digitisation of accounting processes for small and micro-businesses,” he said.

“For medium and larger businesses, the Government could consider non-refundable tax credits, or a scheme similar to the instant asset write off for small and large businesses who invest into eInvoicing technology and process transformation projects.”